TOKYO - Win or lose, Simone Biles has already claimed a slice of history at the Tokyo Olympics. 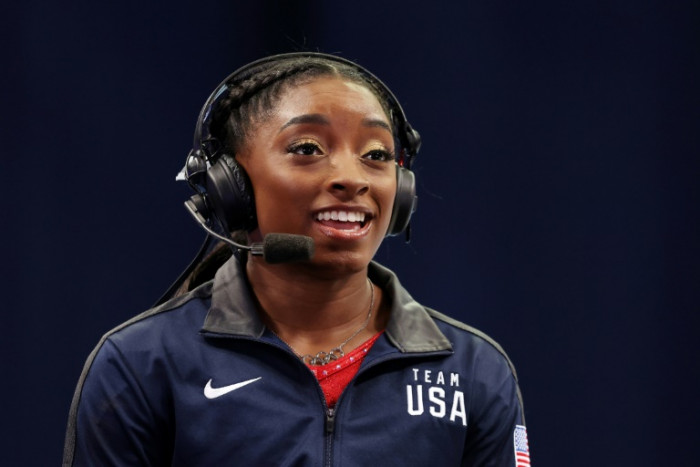 TOKYO - Win or lose, Simone Biles has already claimed a slice of history at the Tokyo Olympics.

The reigning all-around champion -- long-regarded as the greatest gymnast of all time -- has become the first athlete to be awarded their own emoji on Twitter.

The social media platform announced Wednesday that it had given Biles her own emoji -- a goat wearing a leotard and a gold medal.

The symbol is a reference to Biles' status as the "G.O.A.T: Greatest of all time" -- a tag the 24-year-old Olympian has embraced in recent years.

The symbol is generated by inputting #SimoneBiles or #Simone in Tweets.

Biles recently began competing in a leotard decorated with silver rhinestones in the shape of a goat's head.

The American star -- who has dubbed her personal goat character 'Goldie' -- says the leotard design is meant to inspire others.

"I just hope that kids growing up watching this don't or aren't ashamed of being good at whatever they do," she said in a recent interview.

"I want kids to learn that, yes, it's okay to acknowledge that you're good or even great at something."