The Transport Ministry is gearing up to call for bids for the commercial development of Bang Sue Grand Central Station, with invitations to tender expected to be issued next month. 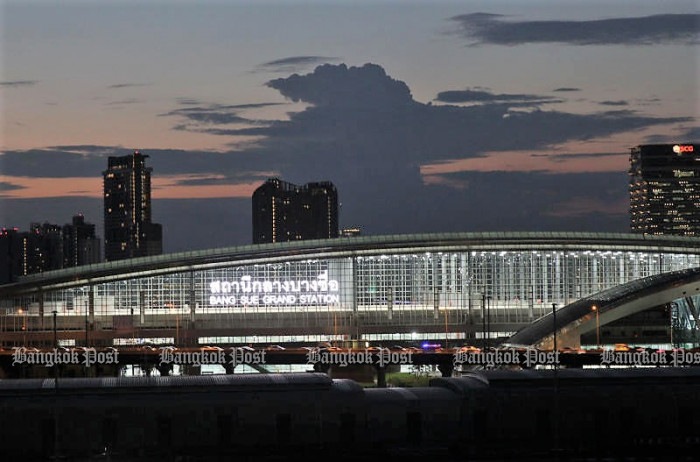 Business Bids for Grand Station development 'next month' published : 3 May 2021 at 07:33 newspaper section: News writer: Post Reporters Bang Sue Grand Station will the new mass transport hub of Bangkok. Construction is almost complete and it is due to open in November next year. (Photo by Wichan Charoenkiatpakul) The Transport Ministry is gearing up to call for bids for the commercial development of Bang Sue Grand Central Station, with invitations to tender expected to be issued next month. According to Transport Minister Saksayam Chidchob, who chaired a meeting over video-conference to discuss the project last week, the station's commercial development will follow the public-private partnership (PPP) investment model, as recommended by a subcommittee on project management. He said the concession to run commercial operations at Bang Sue Grand Central Station, which has an area of 52,375 square metres, is likely to be carried out under a single contract spanning 15-20 years. The bidding is likely to take place between June-July, ahead of the planned launch of two Red Line electric train services, which will run from the station to Thammasat University's Rangsit campus and Taling Chan. Bang Sue Grand Central Station is touted to be Southeast Asia's largest railway hub, where all kinds of services -- from conventional to high-speed, long-haul to commuter, as well as the airport rail link -- will ultimately converge under one roof. Passengers are expected to start using the Red Line services this year, with a free trial scheduled in July. Commercial services will begin in November, with tickets ranging from 12-42 baht. The subcommittee on project management also recommended that commercial development at 12 stations along the State Railway of Thailand's (SRT) Red Line should be implemented under a three-year contract. The commercial space has a total area of 4,626 square metres, plus 2,407 square metres for advertising. The SRT has also been advised to collect fees from the car park facility at the Grand Station and consider providing limousine services and shuttle buses for passengers -- similar to those at airports -- to generate more income for the company. Services related to security, traffic, cleaning and building operations at the station should be procured in line with the Government Procurement and Inventory Management Act. Mr Saksayam said the ministry has asked Krung Thai Bank to make sure the Red Line is included in the common ticketing system for Bangkok's electric trains. Do you like the content of this article? (2)
Read More