Bangkok United looking to turn their luck around

Bangkok United take on Chiang Rai United in the FA Cup semi-finals tonight as the capital side aim to end their title drought. 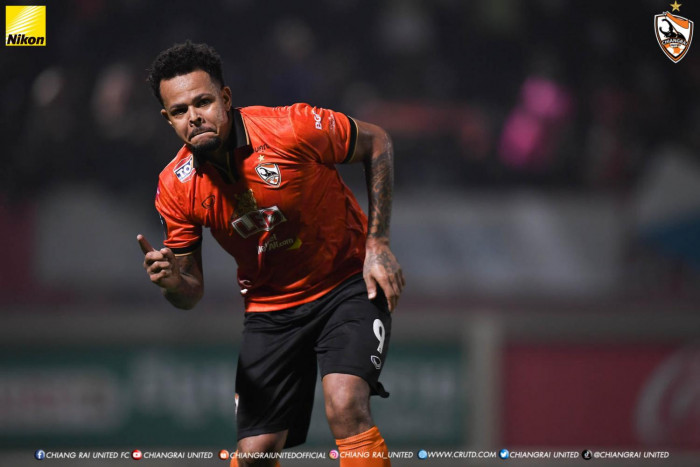 Sports Bangkok United looking to turn their luck around published : 7 Apr 2021 at 04:00 newspaper section: Sports writer: Tor Chittinand Chiang Rai's Bill Rosimar reacts after scoring a goal against Muangkan. PR Bangkok United take on Chiang Rai United in the FA Cup semi-finals tonight as the capital side aim to end their title drought. The match will be played at Bangkok's Boonyachinda Stadium. In the other last-four game, Buriram face Chonburi at Thammasat Stadium in Rangsit. The champions will earn a ticket to the 2022 AFC Champions League group stage. "Winning trophies has long been our goal. We hope we are successful this time, with only two games to go," Bangkok United coach Totchtawan Sripan said yesterday. "I believe that our players are of high quality. We do not have to fear anyone. We are ready to beat any team." Bangkok United have never won a major trophy. Chiang Rai have won the FA Cup twice in 2017 and 2018, the top league title in 2019, and the League Cup in 2018. The Beetles defeated Bangkok United in the 2017 FA Cup showdown. Chiang Rai caretaker coach Emerson Pereira said he wanted to steer the team to their third FA Cup triumph. Emerson said Bangkok United have many good players including former Chiang Rai stars Vander Luis and Everton, and veteran striker Heberty Fernandes. "We have to find a way to stop them," he said. In the quarter-finals, Chiang Rai edged past Thai League 3 side Muangkan United 2-1 with Bill Rosimar scoring both goals. Bangkok United also secured a 2-1 win against Ratchaburi. Meanwhile, four-time winners Buriram, runners-up in the 2020 Thai League 1 season, are heavy favourites against Chonburi. Jaja gets four-year ban Former Chiang Rai United striker Jaja Coelho has been handed a four-year ban for doping after failing a test at an AFC Champions League match, the Asian Football Confederation (AFC) said yesterday. The Brazilian was found guilty of breaking anti-doping rules at his club's group stage game against Melbourne Victory in November, it said. Do you like the content of this article?
Read More

Sony Pictures to set up amusement park in Thailand

Thais pull out of Thomas and Uber Cups