Despite the escalating trend, the increase in the land price index in Greater Bangkok in the third quarter remained lower than the five-year average during the pre-Covid period, according to the Real Estate Information Center (REIC). 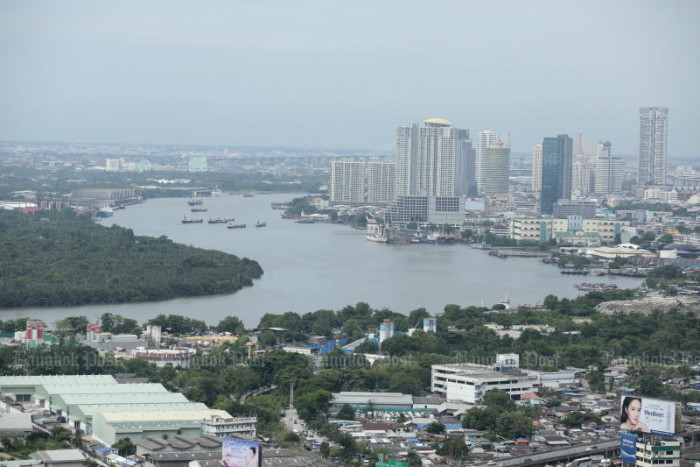 The increase in the land price index in Greater Bangkok in the third quarter remained lower than the five-year average during the pre-Covid period.

Despite the escalating trend, the increase in the land price index in Greater Bangkok in the third quarter remained lower than the five-year average during the pre-Covid period, according to the Real Estate Information Center (REIC).

Acting director-general Vichai Viratkapan said the quarterly rise in land price index in Greater Bangkok was only 0.5% in the third quarter, which was much lower than the five-year average of 4.1% during 2015-19.

"Land prices continued rising despite the economic slowdown. But the growth rate was lower than the five-year average for three consecutive quarters or since the first quarter of 2021 due to the economic fallout," he said.

At the same time, the yearly increase in the land price index in Greater Bangkok was 7.6% in the third quarter, almost a half of the five-year average of 14.8% prior to the pandemic.

He said one of the main reasons behind the slow growth in the land price index derived from some landlords holding land plots and waiting for the economic recovery.

Some divested land plots to finance their core business which was hit by the pandemic. 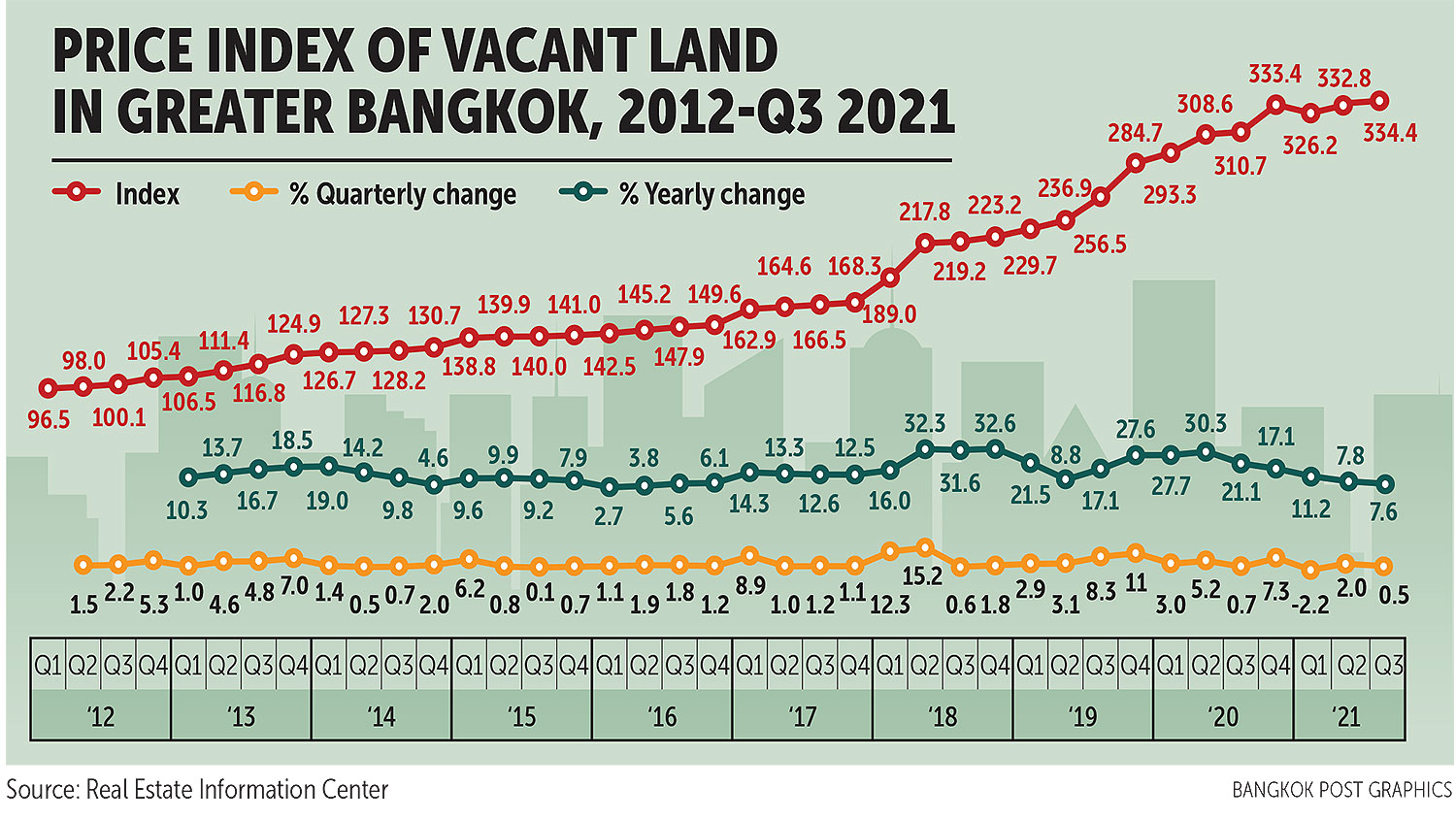 Most of the increases in the land price index were in locations that host mass transit lines and areas surrounding the terminal station of extension lines, particularly in Nong Khaem and Bang Kae districts. These districts will have an extension of the Blue Line from Bang Kae to Phutthamonthon Sai 4.

"The rise in land prices was driven by those along the Blue Line's Hua Lamphong to Bang Kae section which started operation in September 2019," said Mr Vichai.

However, this location may face slower growth in prices if more landlords offer further plots for sale.

One of the mass transit lines with the second largest increase was the Orange Line from Taling Chan to the Cultural Center, leading land prices in Bangkok Yai, Bangkok Noi, Klong San and Phra Nakhon districts to soar.

It selects only vacant land without any buildings sized from 200 square wah to produce the survey.

Quietly into the night

Don’t call it a comeback but signs of life return to a...

The importance of a golden visa in the post-pandemic world