Arnon Nampa, jailed without bail since February on charges of insulting the monarchy, has contracted the coronavirus in custody, a corrections department official said on Thursday. 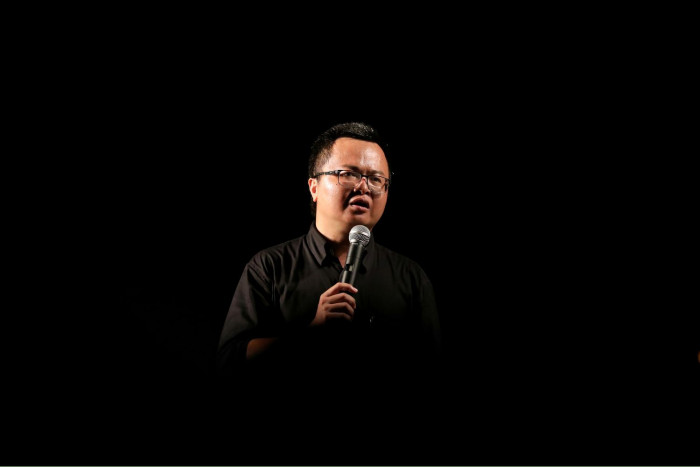 Thailand General Arnon contracts Covid in custody published : 6 May 2021 at 13:35 writer: Reuters Human rights lawyer Arnon Nampa speaks before he was detained during an anti-government mass protest on the 47th anniversary of the 1973 student uprising in Bangkok on Oct 14 last year. (Reuters photo) Arnon Nampa, jailed without bail since February on charges of insulting the monarchy, has contracted the coronavirus in custody, a corrections department official said on Thursday. "Mr Arnon tested positive for Covid yesterday and at the moment he has been sent to the prison hospital for treatment," a corrections department official told Reuters on condition of anonymity. A department statement later confirmed he had contracted the virus. Mr Arnon, 36, has been a key adviser behind groundbreaking student protests last year that made a once-unthinkable call for reforming the monarchy, considered by many conservative Thais to be sacrosanct. The protests also demanded the resignation of Prime Minister Prayut Chan-o-cha. Several protest leaders have been jailed for weeks without bail on charges of insulting the king during the protests, a crime that carries a penalty of up to 15 years in prison. Bail hearings are scheduled on Thursday for two other detained protest leaders, Parit "Penguin" Chiwarak, 22, and Panusaya "Rung" Sithijirawattanakul, 22, who are both also charged under the royal insult law, known as "lese majeste", as well as other criminal charges. Local media reported that Mr Parit's hearing might be postponed because he had earlier shared a cell with another prisoner who tested positive for Covid. Mr Parit, who has been on hunger strike since March, was hospitalised last week after his health deteriorated. Do you like the content of this article? (5)
Read More

Developing Asia to see flat growth due to COVID-19: ADB