Anwar sworn in as Malaysian PM 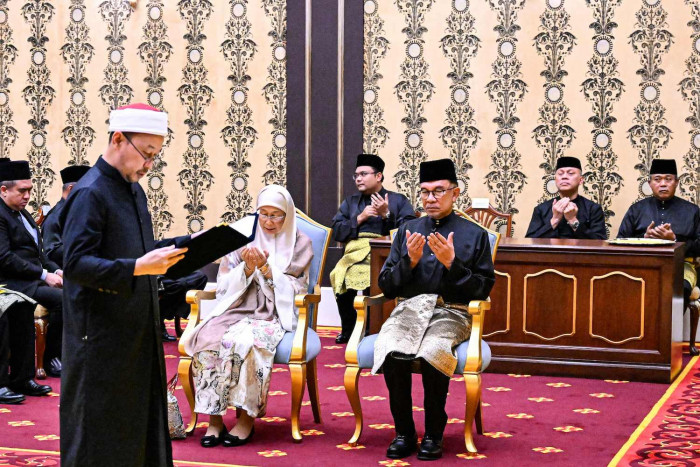 Anwar sworn in as Malaysian PM

The ceremony at the palace closes the chapter on one of the most dramatic elections in Malaysian history, after no party managed to secure a majority to form a parliament for the first time since independence in 1957.

Anwar wasted no time taking a stand, saying on Thursday evening that he plans to test lawmakers’ support for his leadership with a confidence vote on Dec 19, as he seeks to prove to a defiant rival that he commands a parliamentary majority.

The 75-year-old political veteran said he would table the 2023 budget during the December parliament session.

“Muhyiddin had thrown a challenge to test our strength, which he does not need to do so because I’m not a prime minister like him like who avoided it,” Anwar said in reference to his rival, former prime minister Muhyiddin Yassin. “The first motion will be from the government, which is a vote of confidence in me.”

Anwar’s ascension to the premiership — he is the country’s fourth leader in as many years — caps a turbulent political life, which has not only propelled him into the corridors of power but also landed him inside a jail cell.

“After taking into consideration the views of Their Royal Highnesses the Malay Rulers, His Majesty has given consent to appoint Anwar Ibrahim as the 10th Prime Minister of Malaysia,” read a statement issued by the royal palace earlier in the day.

“His Majesty reminds all quarters that whoever wins, doesn’t win all, and those who lose do not lose all,” the palace said. “The people should not be burdened by endless political turmoil as the country needs a stable government that will boost the economic landscape and national development”

Campaigning on an anti-graft message, Anwar’s multi-ethnic Pakatan Harapan (PH) coalition won the most seats in the weekend election with 82. But it still fell short of the 112 required for a majority.

Muhyiddin’s Perikatan Nasional (National Alliance) bloc won 73 seats. The Barisan Nasional bloc, dominated by the once-mighty United Malays National Organisation (Umno), was a distant third with 30 seats but it declared it would not enter a coalition with Muhyiddin.

Anwar’s alliance is reported to have cobbled together a unity government with Barisan Nasional, despite its links to the disgraced regime of Najib Razak, now in jail for the looting of the state development fund. Regional parties from Sarawak, several independents and a youth-centric group make up the balance.

Muhyiddin, who was backed by an Islamist party, told reporters on Tuesday that since no bloc had enough numbers, the king had initially asked him and Anwar to form a “unity government”.

The king, Sultan Abdullah Ahmad Shah, had summoned the two rivals in a bid to break the deadlock. But no deal could be struck.

The king subsequently held a special meeting with other royals earlier Thursday before the palace declared Anwar as the new premier.

For Anwar, the premiership is the culmination of a rollercoaster 25 years.

The firebrand former student activist was close to power in the late 1990s, as finance minister and deputy prime minister to Mahathir Mohamad.

But the two had a bitter falling out over how to handle the 1997-98 Asian financial crisis.

Mahathir sacked Anwar, who was also expelled from Umno, the ruling party at the time, and charged with corruption and sodomy.

He was sentenced to six years in jail for corruption in 1999, with an additional nine years added for the sodomy charge the following year, the two sentences to run consecutively.

The Mahathir-Anwar tussle has dominated and shaped Malaysian politics over the past four decades, “alternately bringing despair and hope, progress and regress to the country’s polity”, according to Oh Ei Sun of the Pacific Research Center of Malaysia.

The Malaysian Supreme Court overturned Anwar’s sodomy conviction in 2004 and ordered him freed.

Anwar allied with Mahathir during the 2018 elections, when his erstwhile tormentor came out of retirement to challenge incumbent Najib Razak, who was mired in the billion-dollar 1MDB financial scandal.

Their alliance scored a historic victory against Umno and Najib, who is now serving a 12-year jail term for corruption.

Mahathir became prime minister for the second time, with an agreement to hand over the premiership to Anwar later.

He never fulfilled that pact, and their alliance collapsed after 22 months, leaving Anwar empty-handed again. (Story continues below) 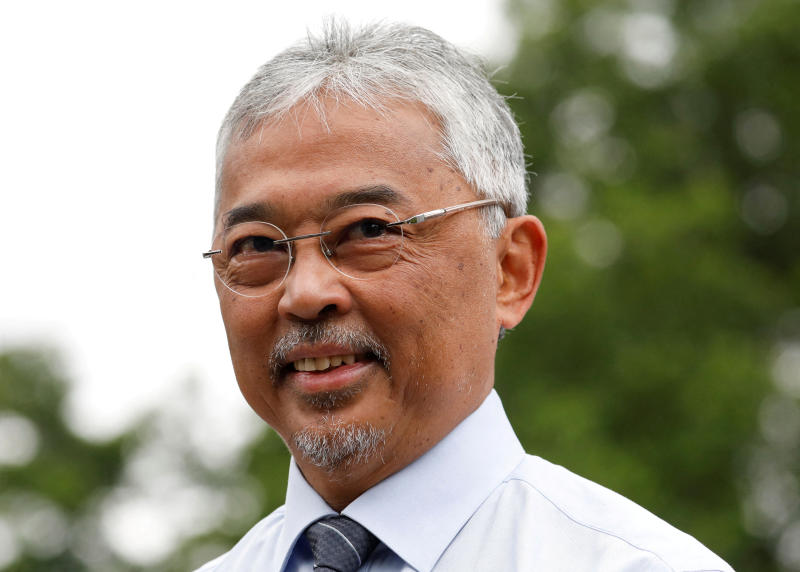 The need to form partnerships to secure a majority could make it more difficult for Anwar to achieve his campaign pledges, which include addressing the rising cost of living, undertaking key reforms and taking a hard line on corruption.

“Malaysia can finally look to a new prime minister but major hurdles remain ahead as Anwar Ibrahim looks to stabilize a loosely cobbled federal government,”said Asrul Hadi Abdullah Sani, deputy managing director at BowerGroupAsia. “The next step is for Anwar to form a cabinet that is able to appease all parties.”

The election also saw the rise of Parti Islam Se-Malaysia, or PAS as it’s known, a party with a long-stated objective of transforming Malaysia into an Islamic state. Scores of ethnic Malay voters turned from Barisan Nasional to PAS, giving it the most seats among any single party and establishing it as a force in Malaysian politics.

The swing came after about 6 million young voters were registered to cast ballots for the first time as the country lowered the voting age to 18 from 21, although it’s not clear how they voted.

PH and its coalition partners, which have yet to be announced, will probably have to deal with a slowdown in the economy after a rapid but uneven rebound from the pandemic The central bank’s growth target for 2023 is 4-5% versus an estimate of more than 7% this year, to reflect the weakness of the global outlook.

In an interview with Bloomberg Television earlier this month, Anwar said his alliance would focus on bolstering the nation’s smaller sized firms instead of just helping large corporate groups.

“We have to shift the focus from enriching the few through corrupt deals or benefiting the conglomerates — the top 2% — to enhancing opportunities for SMEs,” he said at the time.

Police to wrap up case against 'Tuhao' within 3 weeks

Factories in Thailand ordered to go ‘green’ by 2025 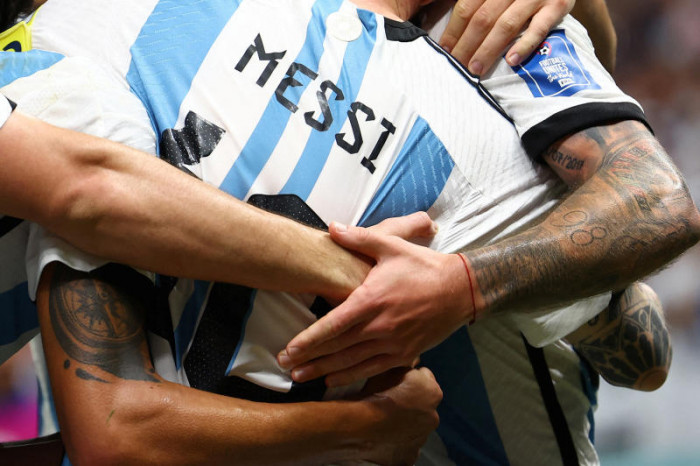 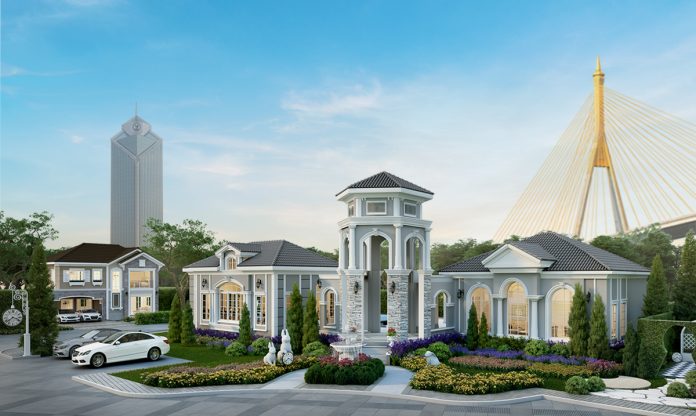 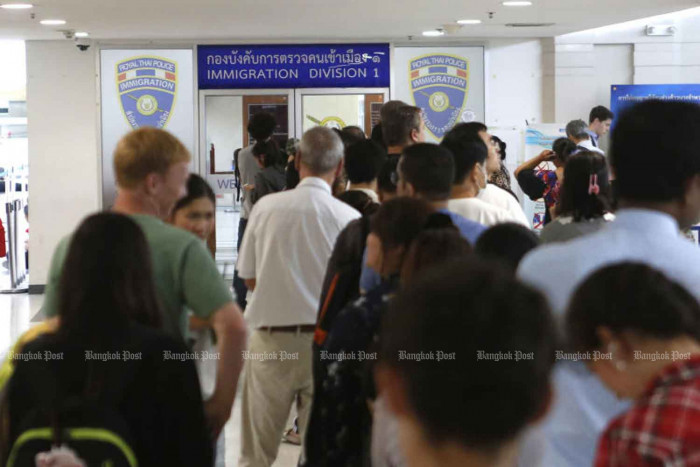 The Immigration Bureau will tighten its visa extension rules to prevent foreign... 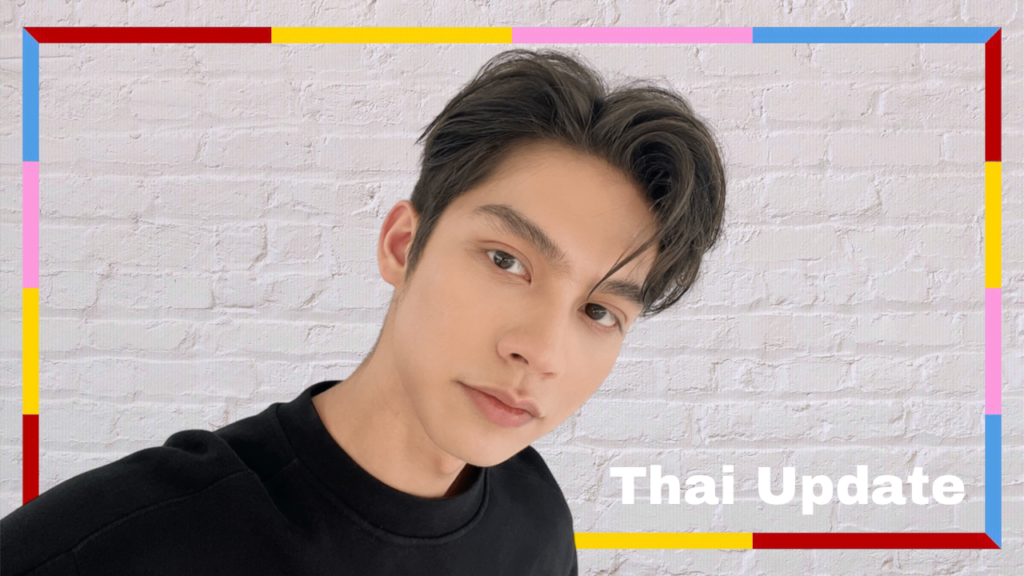 Bright Vachirawit named ‘The Most Popular Thai Actor on...