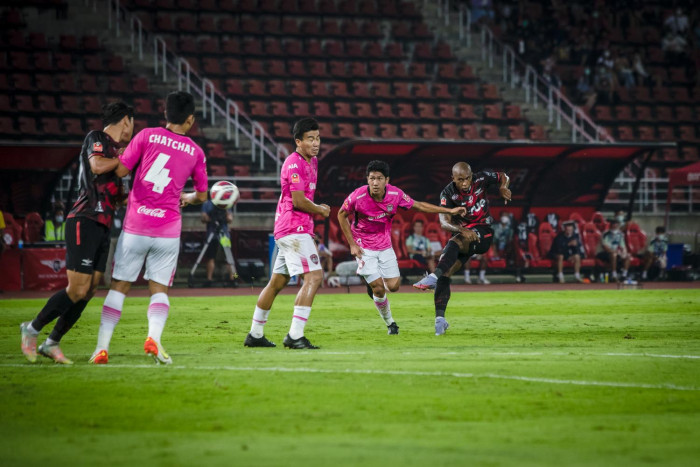 Bangkok United's Peerapat Notechaiya was sent off after 12 minutes but the Angels were still the better side.

Two goals from former Muang Thong striker Heberty Fernandes and another from his Brazilian compatriot Everton finished off the Kirins.

Muang Thong were also reduced to 10 men when Boontawee Thepwong was dismissed just before the final whistle.

After 14 games, Bangkok United have 32 points, three ahead of Buriram United.

Bangkok United are chasing their first major trophy, having so far finished second in the league and Cup competitions.

At True Stadium, Heberty opened the scoring in the 34th minute only for Teerapol Yoeiyoi to equalise four minutes later.

Everton restored the lead for the hosts with his goal in the final moments of the first half. Heberty extended the advantage in the 56th minute.

"He can change the game anytime."