Restaurants in five districts of Chiang Mai, as well as the resort towns of Hua-Hin and Cha-am, can start serving alcohol as local authorities start easing Covid-19 restrictions. 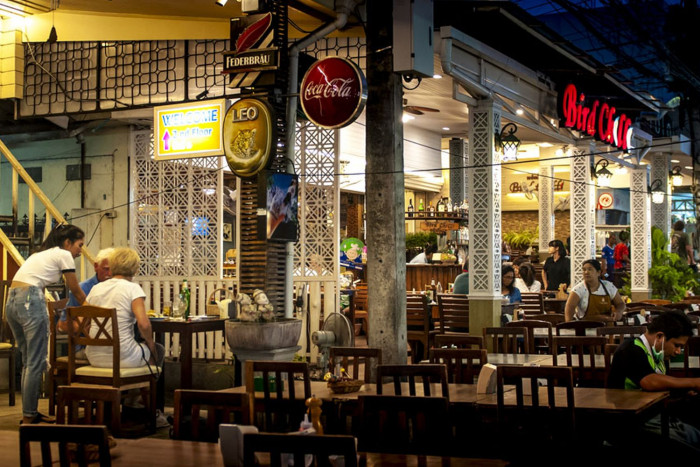 Restaurants in five districts of Chiang Mai, as well as the resort towns of Hua-Hin and Cha-am, can start serving alcohol as local authorities start easing Covid-19 restrictions.

The districts allowed to serve alcohol are those already opened to tourists. They are Muang, Chom Thong, Doi Tao, Mae Taeng and Mae Rim.

To qualify, the eateries must meet Covid-Free setting standards and serve alcohol only between 11am and 2pm and from 5pm to 11pm.

Bands are also allowed so long as they have no more than five members each and do not mingle with customers.

Eateries in other districts or those that do not meet the standards, as well as entertainment places and massage parlours, remain closed.

The northern province, with a population of 1.8 million last year, reported 135 new cases and one more death on Saturday, bringing its total since July to 22,779 cases and 132 fatalities, according to provincial data.

Covid-Free setting is a set of safety standards prescribed by health authorities for different types of places. For eateries, they include tables being placed at least 1-2 metres apart or separated by partitions, serving at half capacity for air-conditioned places and 75% for open-air restaurants, a maximum one-hour stay for patrons, fully vaccinated staff, who must also take antigen tests every seven days.

The easing of alcohol restrictions was announced earlier for Bangkok, while eateries in Pattaya were given the green light on Friday to serve booze.

The alcohol ban has also been lifted in the beach towns of Hua Hin and Cha-am south of Bangkok.

In Hua Hin municipality and the adjacent tambon Nong Khae to the south, restaurants with SHA or SHA+ certification can serve alcohol until 10pm.

The rules will be reviewed again on Dec 15, he added.

Cha-am is also planning to stage a food festival on the beach from Dec 10-12 to attract more visitors.

June - perfect month to explore hidden gems behind the...

Thailand had the world's first coronavirus case outside...