KANO (NIGERIA) - Nearly 30 abducted Nigerian college students have been freed, government officials said on Wednesday, two months after heavily armed gunmen kidnapped them in the north of the country. 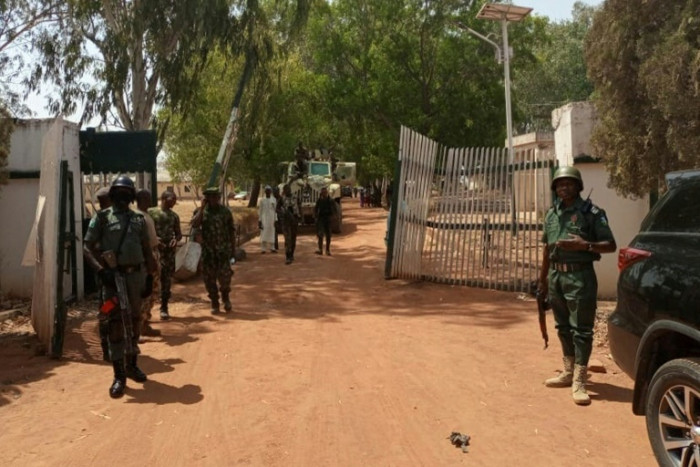 World Abducted Nigerian college students freed published : 6 May 2021 at 13:45 writer: AFP Soldiers battled with gunmen when they took students from the college KANO (NIGERIA) - Nearly 30 abducted Nigerian college students have been freed, government officials said on Wednesday, two months after heavily armed gunmen kidnapped them in the north of the country. The abduction of the students from a college of forestry mechanization in Kaduna state in March was one of a series of mass kidnappings to hit schools and universities in Nigeria since late last year. Ten of the 39 students initially kidnapped were found by security forces in the weeks following the attack. But the whereabouts of the remaining 29 had been uncertain. "The Kaduna State Police Command has reported to the Kaduna State Government, the release of the remaining students of the Federal College of Forestry Mechanization," local state security official Samuel Aruwan said in a statement. The statement did not give any details about how the students were released or their condition. President Muhammadu Buhari welcomed the students' release, and called for kidnappers to free other abducted victims. "We are happy they have been released," the president said in a statement. "We express our deep appreciation to all the actors who contributed one way or the other to this happy outcome." During the March attack in Kaduna, the military managed to rescue 180 other students on the outskirts of the state capital, Kaduna city, after a firefight with the gunmen. Heavily armed criminal gangs have become an increasing security threat in northwest and central Nigeria, pillaging villages, raiding cattle and kidnapping for ransom. Recently they have turned their focus to rural schools and universities, where they kidnap students or schoolchildren. Kidnap victims are usually released shortly after during negotiations with local authorities, though state officials always deny that any ransom payments are made. Mass kidnappings in the northwest are complicating challenges facing Buhari's security forces, who are also battling a more than decade-long Islamist insurgency in the northeast. News of the Kaduna releases came just days after a bandit chief who led the kidnapping of hundreds of schoolchildren last year was killed in armed clashes with a rival gang. He had just returned to his gang after reneging on an amnesty deal with local government authorities, sources said, illustrating the complex task officials face dealing with armed groups known locally as "bandits". Last month, gunmen attacked a private university also in Kaduna state, killing one staff member and kidnapping about 20 students and workers, staff said. Local authorities said five of the kidnapped students from that attack on Greenfield University in Kaduna were killed by gunmen and their bodies found nearby. Recent mass kidnappings have prompted six northern Nigerian states to shut public schools to prevent further attacks on students. Do you like the content of this article?
Read More

US infections top three million as Trump begins WHO pullout